The 8 Best Breweries in Alaska! 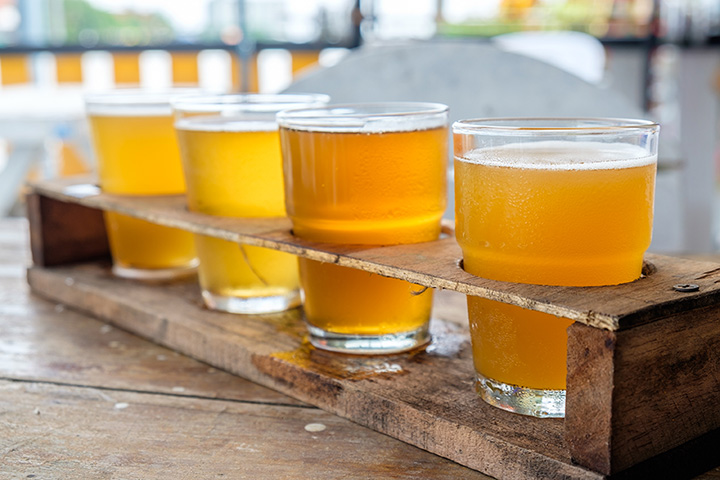 Don’t let anyone tell you that good beer needs to be savored while basking under a warm summer sun. There’s plenty of savoring going on in the 49th state, no matter how far the temperature drops. Alaska’s thriving beer scene satisfies even the most discriminating beer connoisseurs. Following are 8 of the best breweries that state has to offer.

Skagway’s Old West ambiance provides the perfect backdrop for relaxing at Skagway Brewing with an expertly crafted IPA or their signature spruce tip ale. Skagway gets its water from a high glacial lake, and it shows in the taste of the beer.

An Anchorage favorite since they first opened their doors in 1996, guests are treated to stellar craft beers in a rustic atmosphere that captures the heart of The Last Frontier. The menu at Glacier Brewhouse blends neighborhood pub fare and serious dining seamlessly. You’ll find everyone from locals to world travelers within its four wooden walls.

One of the new kids on Alaska’s beer block, Hoodoo Brewing makes up for lost time with a serious dedication to using the finest available ingredients and giving them an Alaskan twist. Try their barley wine blend for a taste of true northern exposure, or have a glass of their pumpkin spice ale to warm you up when the chill of fall is in the air.

Named after a mountain in Palmer, Alaska, Arkose Brewery is the dream child of a husband and wife team who both have impressive backgrounds in all things beer. You’ll find beers crafted from local inspirations here made with world class expertise. Try their No. 5 Boxcar Porter for an English-style Porter with an Alaskan accent, or, if you’re a jazz lover, don’t miss their quirky jazz series ales.

Situated in picturesque Talkeetna, Denali Brewing shows their dedication to Alaska by serving as much Alaskan grown and raised food items as possible. And the beer’s good, too. This is the place to come if you want serious food and beer pairings, or have the best of both worlds by feasting on one of their Chuli Stout brownies topped by vanilla bean ice cream and drizzled with melted chocolate.

Midnight Sun Brewing is one of the older players on Alaska’s microbrewery scene. Serving Anchorage residents and visitors some of the state’s finest beer since 1995, Midnight Sun Brewing captures the heart of Alaska’s pioneer spirit in its brewing philosophy. Every visit is an adventure. Soft and silky glacier waters from the pristine Chugiak Mountain Range provides the perfect foundation for the artistry the brewmasters bring to the table.

47160 Spruce Haven Street, Kenai, AK
History:Kassik's Brewery is housed in a small warehouse, nestled in a clearing in the woods, adjacent to the Kassik's home in Nikiski. Frank's pass... Read More

434 Sharkathmi Avenue, Soldotna, AK
About Us: St. Elias is a full service restaurant and brewpub offering a menu of rusticÂ Neapolitan style pizzas, gourmet salads, sandwiches and des... Read More
Select a Alaska town to find
the Best Things-To-Do and Places To Go around you