The 6 Best Fall Festivals in Alaska! 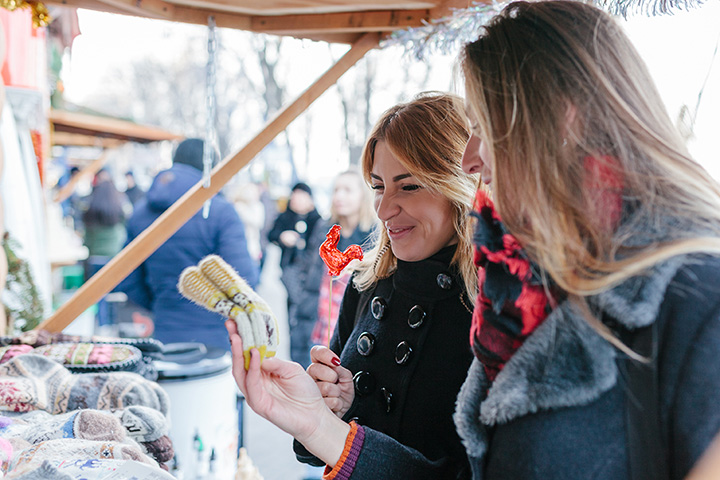 In much of Alaska, the season known as “fall” comes and goes pretty quickly—especially as you get farther inland. But that doesn’t mean we don’t do our best to wring every last bit of fun that we can out of the season. A shorter growing season means that fall festivals in Alaska celebrate the bounties of fall in ways that are a little different from how other folks do it. Here are some of our favorite ways to show our appreciation for autumn.

The waters off Sitka are home to a seasonal humpback whale population, as well as considerable other marine life. The folks in Sitka celebrate this rich biological treasure trove with an annual November science festival dedicated to marine life. The festival spans a weekend, and activities include wildlife cruises, a marine-themed artisan market, lectures and student sessions, as well as food, live music, art, and a fun run/walk.

For nearly two decades, the American Bald Eagle Foundation has sponsored the Alaska Bald Eagle Festival in Haines, a place known as the “Valley of the Eagles.” The moniker—like the festival—derives from the annual gathering of bald eagles in the Chilkat Valley easy November. The 2,000-4,000 eagles come to feast on late runs of chum and Coho salmon. This November smorgasbord results in the single largest concentration of bald eagles in the United States. It’s celebrated with music, games, educational programs, and many more activities over the course of the weekend.

A post shared by American Bald Eagle Foundation (@americanbaldeaglefoundation) on Jul 4, 2018 at 9:40am PDT

The Make It Alaskan Festival is an annual event that celebrates all things made by Alaskan producers and artisans. More than 100 booths showcase handmade jewelry, art, and crafts. Local producers bring in their produce and food products. Participants represent the length and breadth of the Last Frontier, from Barrow to Bethel, Ketchikan to Unalaska.

In September, the Rotary Club of Juneau hosts the biggest annual celebration of malt and hops in the state capital: Capital Brewfest. Sample some of the best beers in the state while helping with raising money for local charities, as well as to fund the Rotary Club's own community service missions.

Pyrah’s Pioneer Peak Farm is the largest pick-your-own operation in Alaska. Every September, they throw their Fall Harvest Festival to celebrate their annual bounty. Activities include hay, wagon, and cattle train rides, games, contests, a petting zoo, live entertainment, and of course, food.

International Friendship Day is an annual fall event in Fairbanks. The festival celebrates the city’s diversity of cultures and traditions through dance, music, and with displays of arts, crafts, and handiworks. Of course, a wide variety of ethnic food will be available because there are few better ways to celebrate friendship than sharing a meal.

View more Alaska Festivals, Fairs and Parades.
Select a Alaska town to find
the Best Things-To-Do and Places To Go around you