The 10 Best Museums in Alaska! 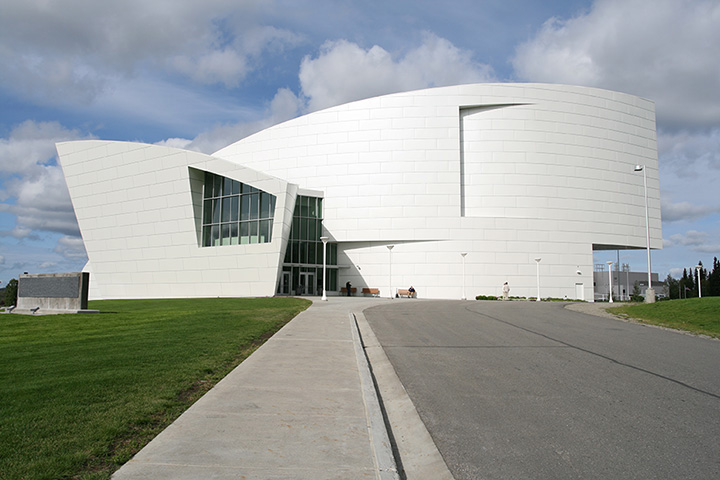 What do you think of when someone mentions Alaska? Mountains are first, and if you are a bit of a history buff, you might think of the oil industry, where the biggest export in the U.S. comes from.

What you might not know is that Alaska has a rich history of art, with an incredibly diverse native culture. Alaska culture is more than moose, oil and mountains. Every day, Alaskans carve out a life for themselves within a visibly changing environment. Where else can you so easily see how far some of the world's largest glaciers have retreated in the last several decades?

There are plenty of places in Alaska seeking to disrupt the usual narrative. So while you might come in hopes of catching that stunning bear photo you've always wanted, supplement your stay by exploring some history that is off the beaten track. From airplanes to modern art all the way to native life and booming industry, these 10 museums will give you a very different view of this dreamy state.

By far the biggest museum in Alaska! The Anchorage Museum is dedicated to placing Alaskan art and culture within a global context. Current exhibits, such as "The View From Up Here" attempts to define the meaning of the "North," and to dispel (and maybe even create) the mystique surrounding peoples living around the Arctic Circle. Do we really live in igloos? There's only one way to find out.

Planes are nearly as common as cars in this state, and for many towns and villages here, hopping on a plane is the only way to get there at all. As the state with the highest number of registered pilots in the country, aviation runs deep in our recreation and our livelihoods. Explore these connections and the fascinating history of bush aviation in the museum's extensive collection.

This house, constructed in 1915 when the city of Anchorage was little more than a glorified tent city, is one of the oldest homes in the state and the only house museum in Anchorage. It's a perfect way to get a feel for the early wealth of Anchorage and just how far industry has come in a state whose total population is less than the city of San Francisco.

University of Alaska Museum of the North, Fairbanks, AK

Founded around scientific research at the University of Alaska Fairbanks, the Alaska Museum of the North showcases the huge leaps that Alaska has taken on research and technological development. Are you curious about what happens when game design meets nature? How about architectural history of Alaska Natives or the colonization? This is your place.

Wander through pristine forest while contemplating man's place in the wildest state in the Union. The Pratt Museum in Homer specializes in stewardship and the history of maritime travel in Alaska. There's no better place to contemplate the future of our wild places, especially when you can see glaciers spilling out of the mountains from the museum windows.

Get up close and personal to the cultural history of South East Alaska's native populations. After the island villages were abandoned in the mid-20th century in favor of moving closer to jobs and education, the city of Ketchikan began the process of retrieving important cultural artifacts from these homes, with permission from the native peoples. Now, you can see the largest collection of totem poles in America, some dating back to the early 19th century, replete with engaging oral history from the village elders. This piece of Alaskan culture is not to be missed.

Here is where the highway ends. At Mile Zero, the SeaLife Center gives an intimate glimpse into the stunning marine environment of Resurrection Bay. Watch the stellar sea lions bathe on the rocks under the museum, and, if you catch a sunny day, make sure to stop at the many windows for a real treat: clear views of sheer mountains dropping straight to the bay waters.

Alaskan culture is deep and varied. We have everything from the oil industry to subsistence populations, and the mission of the Valdez Museum is to preserve and interpret seemingly disparate cultures. Meaning Alaska contains multitudes, and there's no better way to learn than by seeing and touching the history!

This hodgepodge museum of transportation history looks like an unassuming warehouse from the outside, but inside is an extensive collection allowing a view into the varied history of transport in Alaska. From the railroad (which still serves both passengers and freight service for remote homestead families) to the all-important bush airplane, this museum is sure to please anyone, especially families.

Few examples of Russian colonialism remain in Alaska. But if you step foot in Sitka, you can see the original building that housed the Russian Orthodox Church authority, which influenced all of the Pacific Northwest, from California to Kamchatka. According to the National Park Service, extensive restoration in 1973, after the building was finally abandoned in 1969, brought the building into its current state as one of only a few historical sites documenting Russian colonialism in America.

3779 Bartlett Street, Homer, AK
Mission : The Pratt Museum is dedicated to the process of education by exploring the natural environment and human experience relative to the Kach... Read More

420 M Street, Anchorage, AK
In Elderberry Park, located on the west end of downtown Anchorage, you will find one of the first privately built wood-frame residences completed a... Read More

333 W 4th AV, Suite 227, Anchorage, AK
Our Mission:Create a museum for the inspiration, remembrance and preservation of the memory of veterans and of their sacrifices for America's freed... Read More

301 West Northern Lights Boulevard, Anchorage, AK
About: The Alaska Heritage Museum is the largest private collection of its kind in Alaska. In addition to a large collection of Alaskan Native art... Read More

Anchorage Museum, 625 C Street, Anchorage, AK
Embark on a breathtaking journey to the stars in the new Thomas Planetarium. Through 3-D graphics, surround sound and a dome screen, the planetariu... Read More

Museum of Alaska Transportation And Industry

Palmer Museum Of History And Art

723 South Valley Way, Palmer, AK
Mission Statement:The mission of the PMHA is to collect, care for, exhibit and interpret items that depict the history of the Palmer region. The mu... Read More
Select a Alaska town to find
the Best Things-To-Do and Places To Go around you