The 8 Best New Year’s Eve Events for Families in Alaska! 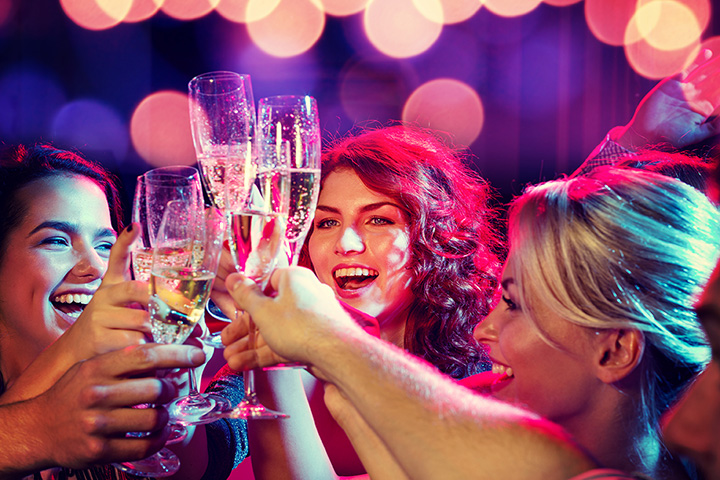 As the old year winds down, people across the world get ready to ring in a new one. Folks in Alaska are no exception. From torchlight parades and fireworks to a train ride into the northern lights, you’re sure to find something that will keep you up past midnight in the Land of the Midnight Sun. These are our favorite ways to spend the first night of the new year in Alaska.

Every year, Alyeska Resort, Alaska’s premier ski destination, welcomes the public to its New Year’s Eve torchlight parade. Volunteer skiers schuss down the slope with torches, creating a stunning visual experience for onlookers. The parade is followed by a gorgeous, mountain-backed firework display.

Every New Year’s Eve, the Seward Nordic Ski Club hosts a free, community cross-country ski event on the Divide Ski Trails. The trails are lit by candlelight and folks are welcome to ski, snowshoe, or even walk the trails and then celebrate the new year around a campfire with hot cider or cocoa. Don’t forget a headlamp.

Folks in the Interior celebrate New Year’s Eve with a bang at the annual Sparktacular celebration. Every Dec. 31, people gather below the West Ridge at the University of Alaska, Fairbanks and welcome the new year with ooohs, aaaahs, cookies, and cocoa. The latter of which are served, mercifully, indoors.

When the last day of the year rolls around in Anchorage, Skinny Raven thinks you should spend a portion of it running. The Northern Lights Resolution Run is a 5K that traverses the trails of the Alaska Pacific University campus. Music and dancing will happen before, during, and after the run, so that you can warm up beforehand and celebrate afterward.

Had a great time doing the Skinny Raven's Northern Lights Resolution 5k. They really out do themselves with the live DJ and awesome lighting everywhere.

The Hangar on the Wharf celebrates every New Year’s Eve with a block party for the folks of Juneau. The event takes place throughout the entire Historic Merchants Wharf and features live music, food, beverages, and revelry. Families are welcome until 9:30 p.m., after which the young ‘uns need to go to bed so the grown-ups can celebrate the turn of the year.

Every year, Running Club North sponsors the year’s last road race, described as “three miles in the dark.” It starts from The Diner on Illinois St. in Fairbanks at 11:30 p.m. and runners basically run in the new year. It will probably also be pretty cold, so you’ll want to layer up and be prepared for the weather.

Whenever New Year’s Eve corresponds with the northbound schedule for Alaska Railroad’s Aurora Winter Train, folks hop the train for a northern lights-filled New Year Eve excursion from Anchorage to Fairbanks. The train arrives in Fairbanks just in time for the annual New Year’s Eve fireworks display and returns to Anchorage the next day.