The Best Sports Bars in Alaska! 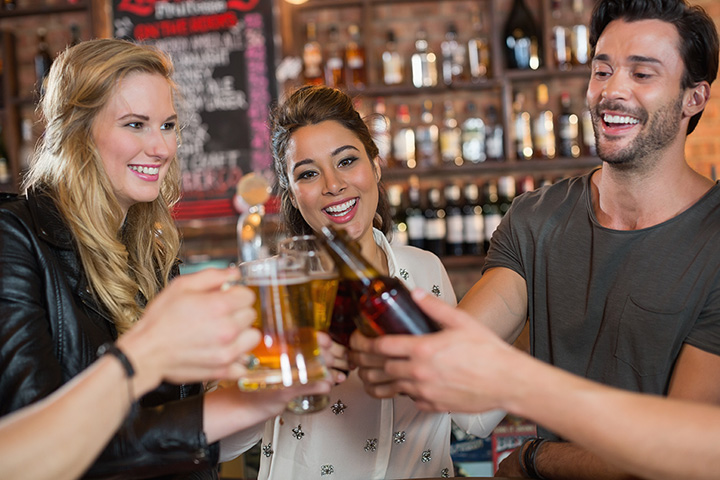 There’s nothing like cheering on the Nannoks or the Seawolves with a beer in front of you and fellow fans all around. Or maybe you just need a place to watch the game and grab some wings. This is why sports bars exist: Tasty snacks, cold drinks, and a lot of TVs. Here are our favorite places to catch a game in the Land of the Midnight Sun!

With a complete Sunday Ticket package, Piper’s Restaurant and Sports Lounge airs every live NFL game on Sundays. They also have drawings and prizes during Monday and Thursday Night Football games. Baseball and hockey fans won’t be left out in the cold, either. If there’s a game, it’s probably airing in the Sports Lounge.

The tagline at McGivney’s Sports Bar & Grill is “Every game. Every day.” And with two locations—Downtown and in the Valley—you’d have try really hard to miss any sports action in Juneau. And since you’re there anyway, you should probably order some of the mini crabcakes—they are awfully tasty.

If you’re hoping to catch the game—or games—in Homer, head over to the Alibi Bar & Café. They have events almost every night of the week, ranging from DJs to karaoke, but they also have eight HD TVs on which they air every single NFL game during the season. Rest assured, they’re also airing sports on those TVs even when football’s not on.

Tailgaters Sports Bar & Grill has 26 beers on tap, an NFL Sunday Ticket package, and 20 HD TVs to watch it on. Super friendly service and all sorts of bar food make Tailgaters an awesome place to watch a game—any game, no matter the sport.

The Peanut Farm Sports Bar & Grill is the big one. More than 70 big-screen TVs, including projection screens, adorn the 20,000 square-feet of space in this big, log-lodge-style sports bar. Great food and more than 30 beers on tap make the Peanut Farm the place to be on game day.

Got a good spot with a beer...@thepeanutfarm #Labatts

View more Alaska Bars and Saloons.
Select a Alaska town to find
the Best Things-To-Do and Places To Go around you