The 9 Best Steakhouses in Alaska! 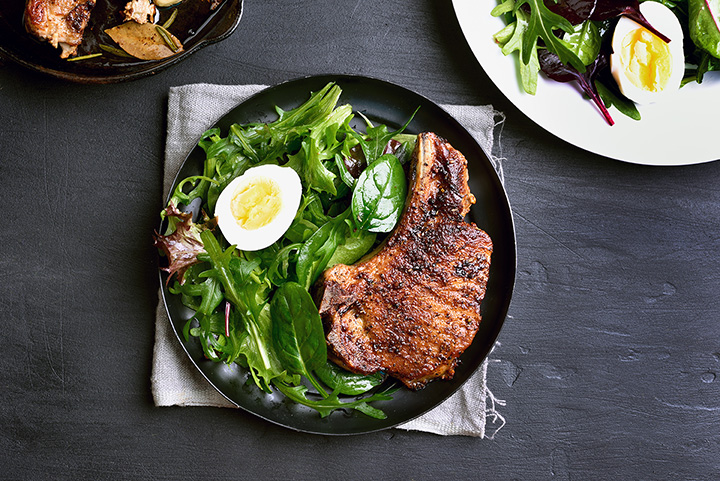 In Alaska, we know a thing or two about a delicious cut of meat. Dining out in the Last Frontier is a real treat, and these great steakhouses truly exemplify that! From juicy cuts of tenderloin to perfectly-grilled filet mignon, you’ll have it all at these 9 great steakhouses in Alaska.

“An Alaskan Dining Tradition” since 1957, Club Paris is Anchorage’s go-to destination when only a mouthwateringly tender steak will do. Whether you choose the four-inch thick, 14-ounce filet mignon or the petite top sirloin, each steak is hand cut, aged on-site, and seared to perfection. The restaurant’s throwback 1950s décor, from the neon Eiffel Tower sign outside to the leather booths inside, are all part of the charm.

The Double Musky Inn has come a long way from its roots as a ski bar. Gone are the days when customers cooked their own steaks over the fire. Instead, diners are treated to expertly grilled steaks with a Cajun influence. Try the French pepper steak, a 16 or 20-ounce New York steak encrusted with cracked pepper and covered with a spicy burgundy sauce—Food Network once named it the best steak in the U.S.

Halibut may be king in Homer, but the steaks at AJ’s OldTown Steakhouse & Tavern will make you forget you’re in the “Halibut Fishing Capital of the World.” The first café and bar in this tiny city on the Kenai Peninsula’s Kachemak Bay, AJ’s décor is classic 1940s, right down to the live piano man. But while the décor may be retro, the steaks will satisfy the highest foodie standards—in addition to USDA prime and choice cuts of the standard steakhouse offerings, AJ’s has some modern-day preparations, including a sous vide marinated sirloin.

It’s hard to know what to focus on more when dining at the Channel Club, the excellent food or the stunning views of Sitka Sound. Since 1956 the Channel Club has been serving up some of the best steaks in Sitka, including a 12, 16 or 20-ounce sea salt encrusted prime rib. If you’re not that hungry—of want to save room for one of the dozen add-ons or sides—order the 10-ounce baseball cut sirloin.

The best food often comes from the most unexpected places, and in Soldotna, that place is Mykel’s Restaurant & Lounge at the Soldotna Inn. Mykel’s has earned its reputation for best prime rib on the Kenai Peninsula, but it’s not the only dish worth checking out. Preparations for its New York steak change weekly, while the 14-ounce smoked ribeye, topped with caramelized onions and chevre cheese whipped with sundried tomatoes and butter, is not to be missed.

Diners come to Simon & Seafort’s to soak in the panoramic views of Mt. Susitna, Cook Inlet and the Alaska Range while dining on delicious grilled steaks in an upscale yet casual atmosphere—diners wearing XTRATUF boots seem right in place sitting next to Alaska’s power players. Consistently voted one of Anchorage’s top steakhouses since opening in 1978, you can’t go wrong with any of their entrees, from the rock salt roasted prime rib to the grilled smoked sirloin.

The Turtle Club’s menu is small, but the parking lot is full every night and reservations are recommended, both sure signs that what they do, they do well. And what Turtle Club does well is prime rib. Consistently winning top honors in Fairbanks, the Turtle Club is a family-friendly restaurant that can’t be beat.

Sullivan’s Steakhouse is the real deal. Sleek and sophisticated after a recent renovation, Sullivan’s is everything you’d expect from an upscale steakhouse. With its seasonal cocktails, live music and “The Sure Thing”—a prix fixe menu offering a soup or salad, six-ounce filet, and decadent dessert—Sullivan’s is your special occasion destination in Anchorage.