The Ultimate Halloween in Alaska! 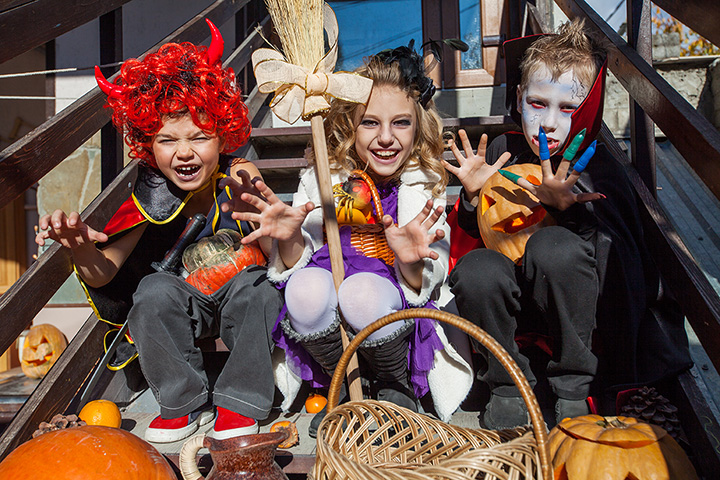 By the time Halloween rolls around, winter has started to creep onto the Last Frontier. But that doesn’t dampen the spirits of Alaskans who are intent on celebrating this spookiest of holidays. In some cases, we just have to start a little earlier than other folks. Here are some of our favorite ways to celebrate Halloween (and the days leading up to it) in Alaska!

Folks looking to trade treats to tricksters in Southeast Alaska can find everything they need at the Candy Corner in Ketchikan. Not only can you choose from more than a hundred bulk candy and Jelly Belly flavors, you can also grab a cup of locally-roasted Raven’s Brew Coffee for warmth and courage in the face of all the Halloween fright to come.

For more than three decades, Fright Nite has been sending chills down the spines of Alaskans. One of Anchorage’s longest-running haunted attractions, Fright Nite has most recently haunted the Northway Mall with new-every-year spooky themes, ghouls, and apparitions. Be sure to wear your costume!

If you’re looking for a Halloween party, costume up and head down to the Yukon Bar in Seward. They throw down for the holiday, with a DJ or live music and always the creepiest decorations in town. Prizes are offered throughout the night, and they usually have a big costume contest as well. After the witching hour, slide by the Van Gilder Hotel and see if you can spot Frannie, its resident ghost.

Start preparing for Halloween early by learning all you can about just how haunted Anchorage really is. Ghost Tours of Anchorage run from May to September, but you can elevate your fright level by meeting some of ghosts and poltergeists that make their home in Alaska’s biggest city. Then you’ll know what to look out for when October rolls around.

Every October 31, HooDoo Brewing Company celebrates its anniversary with candy, costumes, contests, prizes, floats for kids, and of course, beer, like their Pumpkin Ale. Come to think of it, HooDoo Brewing’s annual anniversary bash sounds almost like a Halloween party, doesn’t it?

If you’re entertaining young goblins this Halloween, why not take an adventure on a haunted—but in a friendly way—train? The Alaska Railroad’s Kids Halloween Train makes a two-and-a-half hour round trip from Anchorage to Indian, and back. Refreshments, entertainment, a little fright, and a lot of fun are guaranteed along the way. Check the Alaska Railroad website for schedules and reservations.

If you’re looking for some sweet treats to ward off roving tricksters, stop into Alaskan Sweet Things, where you’re sure to find what you need. One of the state’s most popular candy stores, they specialize in handmade confections and popcorn—including glacier water taffy. Treats from Alaskan Sweet Things are sure to warm the souls of even the most ghoulish of Halloween tricksters.

Every year, service men and women of the U.S. Coast Guard open the haunted hatches of their locally-stationed cutters in Homer and Sitka to trick-or-treaters of all ages. You may already think Coast Guard personnel are fearless, but wait until you see what’s haunting their ships—then you’ll know how brave they really are!