The 8 Best Mexican Restaurants in Alaska! 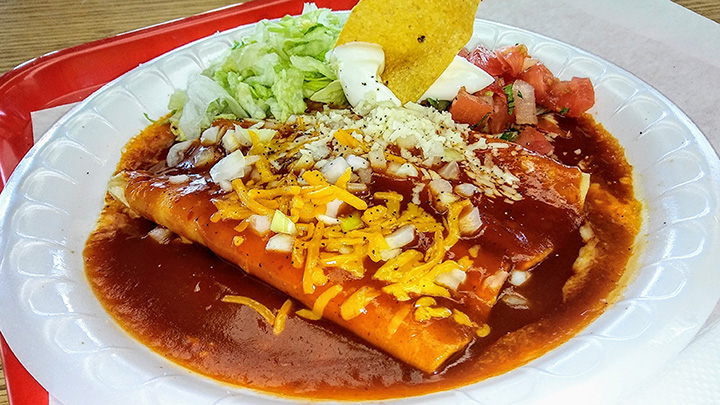 You can’t get much further away from the border than Alaska, but that doesn’t mean sacrificing delicious, authentic Mexican food. From traditional dishes like grandma used to make to an Alaskan twist on old classics, these 8 restaurants are caliente!

Traditional Mexican cooking combines with modern technique at this Mexican Gastropub in downtown Anchorage. The jicama shrimp taco, a spicy mix of coconut shrimp, Pico de Gallo and creamy chipotle salsa, ditches the traditional corn tortilla in favor of one made entirely of jicama. Or try the chorizo empanada, a delicious mix of chorizo, potato and mozzarella tucked inside a flaky dough and served alongside peanut and avocado dipping sauces.

A blend of traditional Mexican dishes with creative combinations, all wrapped up in a fun, friendly atmosphere, makes the drive to Eagle River worth it. And although it’s not on the menu, ask for the shrimp fundido—you’ll be glad you did.

Authentic family recipes that have withstood the test of time is the heart of Serrano’s menu. Classic dishes prepared daily from scratch compete with daily specials incorporating local, seasonal ingredients. The carne asada is cooked to perfect, and the tamale special often sells out early.

This small restaurant in a Soldotna strip mall serves up the most delicious Mexican food you’ll find on the Kenai Peninsula. Fast, friendly service, colorful décor and large portions keep locals and non-locals coming back for more. Try the seafood burrito or seafood chimichangas, which repeatedly get rave reviews.

Expect huge portions at this fast-casual restaurant on the outskirts of downtown Anchorage—their nachos are served on a pizza pan, and burritos can easily be your lunch and dinner. The shrimp cocktail is spot-on, and the tacos, voted some of Anchorage’s best, are served on homemade corn tortillas so delicious, you’ll wish you had a pile just to dip in the array of homemade salsa’s.

El Zarape is such a hidden gem, even some locals don’t know this family-run restaurant exists. The service is friendly, and the food consistently delicious. The shrimp tostada is a stand-out, as is the vegetarian tamale.

With two locations in Fairbanks and another in North Pole, Taco Azteca/The Mayan Place was Fairbanks’ choice for best Mexican two years in a row. Fast, friendly service, and consistently good food keeps them on top.